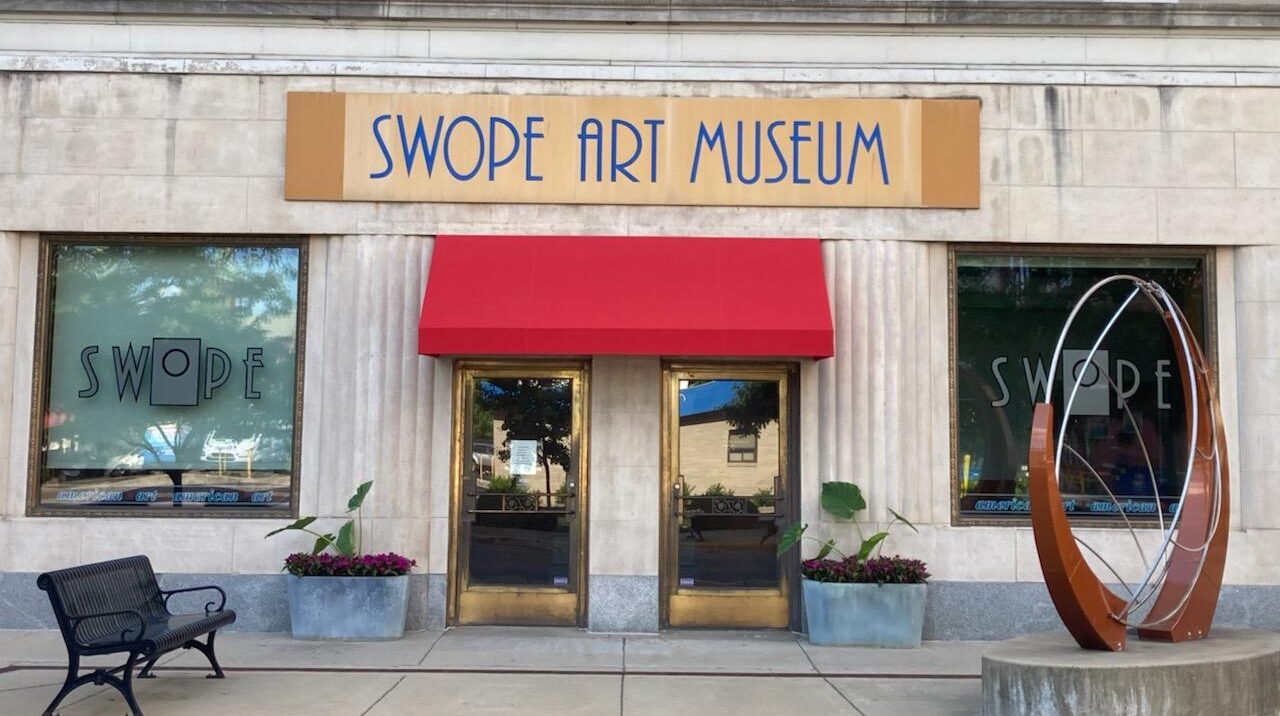 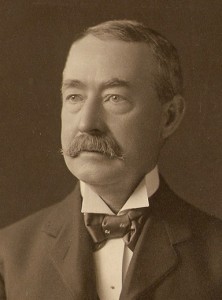 The Swope Art Museum has many people to thank for its existence, but none more than Terre Haute jeweler Sheldon Swope. Through a bequest, Swope laid the foundations on which the museum was built. What follows here is a small tribute to his memory.

Born in Attica, Indiana on November 3, 1843 to James Asbury Swope and Jane Hull Patterson, Michael Sheldon Swope lived on a farm near Evansville until the outbreak of the Civil War in 1861. Six months shy of his eighteenth birthday, Swope enlisted as a Private in Company I of the 14th Indiana Volunteers. The Gallant Fourteenth, as they came to be known, was the first regiment to leave Indiana for the war.

Swope served for four years in the regiment. During that time he saw the battles of Gettysburg, Antietam, and the Shenandoah Valley Campaign. Then, upon returning from the war, Swope entered the jewelry business as apprentice under his half-brother, James Swope, in Dayton, Ohio. It was in this trade that he made his fortune.

In 1867, Swope came to Terre Haute and took a job with S. P. Freeman, a local jeweler. He soon became a partner. Later, Swope bought Freeman’s portion of the firm and hired Charles T. Nehf as partner. Together, they made Swope-Nehf Jewelry Indiana’s largest jewelry store.

Swope was a shrewd businessman. He retained interest in the jewelry firm even after his retirement, and was a respected diamond merchant. He traveled considerably and was considered one of the best read men in the city of Terre Haute. However, Swope was not an art collector himself, and it is unclear why he was motivated to take such interest in opening a gallery. What is clear is that he planned for the gallery long before his death on July 9th, 1929. His will, bequeathing all but a small portion of his estate to the founding of the art gallery, was written in 1903 and remained unchanged. 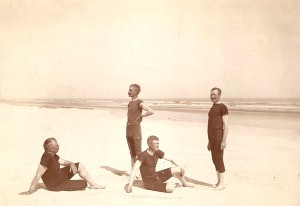 During his later years, Swope lived in Florida, fishing at Punta Gorda, enjoying Daytona Beach (see right), and occasionally returning North to hunt. Swope never married, and at the time of his death, his estate was liquidated and allowed to accumulate interest for a period ten years. In addition, his will directed that works of art be purchased, accumulated and “…displayed publicly and free of charge to all residents of Terre Haute and Vigo County, Indiana, forever.”

On September 26, 1939, the first board of managers was appointed by Judge John W. Gerdink, and planning began for the new gallery and the collection of artworks to be housed there. The second floor of the downtown Swope Block, a 1901 Italian Renaissance style commercial building that was part of the Swope estate, was gutted and rebuilt as a state-of-the-art exhibition space in a streamlined Art Deco style.

In March of 1942, The Sheldon Swope Art Gallery formally opened its doors to the public with nationwide attention. Its founding collection, assembled by the Museum’s first director, John Rogers Cox, contained new works by artists such as Grant Wood, Thomas Hart Benton, Charles Burchfield, Zoltan Sepeshy and Edward Hopper, and it remains the feature for which the Swope is best known nationally and internationally.

The Swope is a vibrant social, cultural and economic centerpiece of the Wabash Valley, a cultural destination and a resource for scholars. 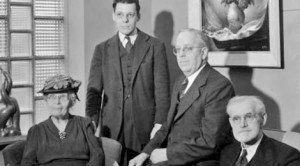 The Swope Art Museum stands together with all who are working to eliminate racism and social injustice, oppose brutality, promote equality and freedom from fear. The Swope will continue to be a center for local discussion about racism, its roots and its elimination and continue to be a gathering oasis for all races, religions and nationalities who understand the power of art in the struggle for racial and social justice.

“The figure in Jackson’s work is positioned between open doors, perhaps suggesting that she is poised between the past, present, and future. On the floor by her feet, the daily newspaper headline “Questions Still Unanswered” confronts the viewer. Most likely in reference to the 1968 assassination of Martin Luther King, Jr., the words force the audience to consider their meaning, but they offer no answers, leaving us with a feeling of ambiguity and uncertainty that perhaps the model shares.” – Laurette E. McCarthy, PH.D., Swope Art Museum, Selected Works from the Collection, 74.