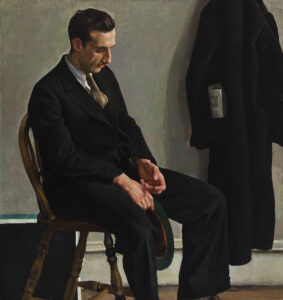 The piece “Young Man Desires Position” has always been one of the favorite paintings of visitors to the Swope. This fall, the painting was chosen as “most favorite” in the annual “Toast to Autumn” event conducted by the Alliance of the Swope, an auxiliary organization dedicated to support of the museum.

Click here to read more about this work of art.

Click the hashtag below to see how you can experience the Swope from the comfort of your home.

Happening Now at the Swope: 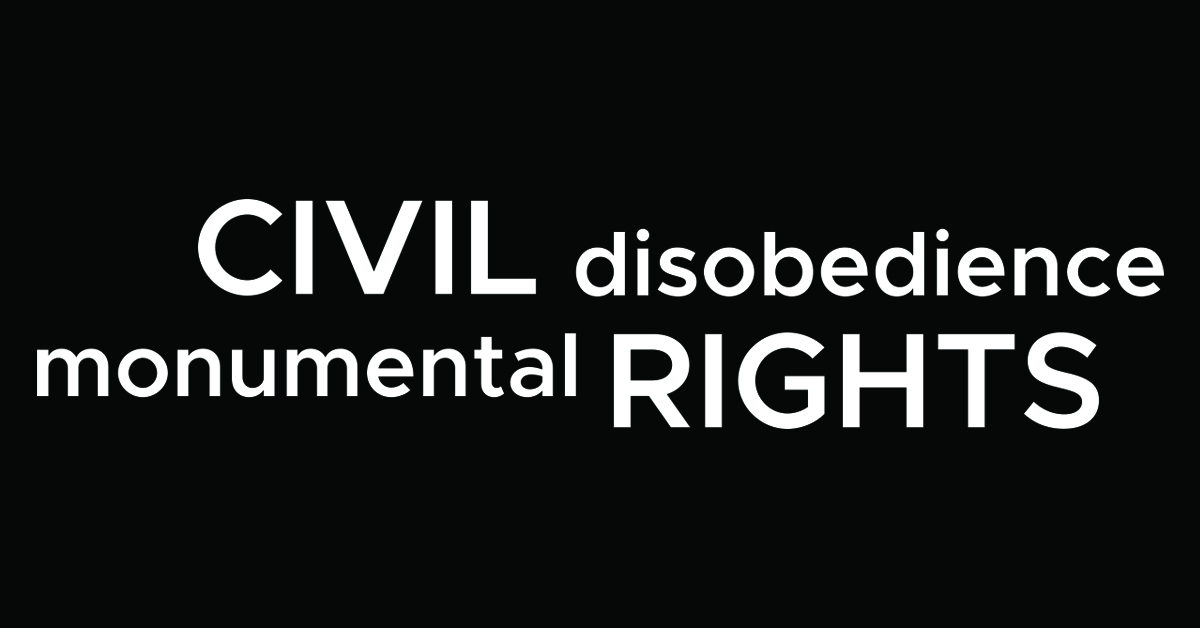 An installation of the suite of lithograph prints of Billy Morrow Jackson’s Protest Drawings surrounding a proposed monument of Stonewall Jackson and Robert E. Lee by figurative sculptor Edward McCartan. McCartan was one of six sculptors invited in 1935 to submit models for a monument to be erected in Baltimore, Maryland. Laura Gardin Fraser was selected and completed the monument in 1948. It was removed in 2017 after the deadly “Unite the Right” rally in Charlottesville – a protest against the decision to order removal of Confederate monuments and memorials from public spaces. The momentum to remove Confederate memorials increased after the Charleston church shooting of 2015, and continues to this day as part of the protests that followed the killing of George Floyd.

Coming Soon at the Swope: 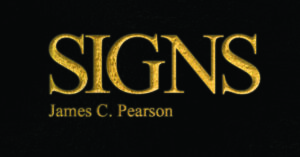 Signs is a portfolio of ten photographs taken in New York City of frayed and layered posters and billboards. The History of fragmented images and words creates a new image, flattened by the media of black and white photography. 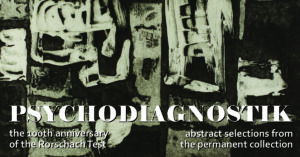 The 100th Anniversary of the Rorschach Test

In 1921, Hermann Rorschach wrote his book Psychodiagnostik, containing the results of his studies on mental patients, and the ten cards that became the foundation of the Rorschach test. While still a medical student, he wondered why different people saw different t hings in art, and began showing inkblots to children and analyzing their responses. View ten selections from the Swope’s permanent collection. What do you see? 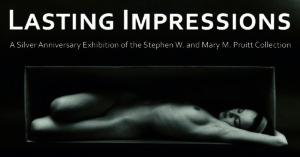 A Silver Anniversary Exhibition of the Stephen W. and Mary M. Pruitt Collection

25 Years after sharing their collection for the first time, the Pruitts bring their collection of American and European prints and examples of early photography by American masters back to the Swope. Ranging from an 1825 William Blake to a photograph from from 1959 by Minor White, only 17 works from the 1996 exhibition remain, while they have added nearly 60 more.