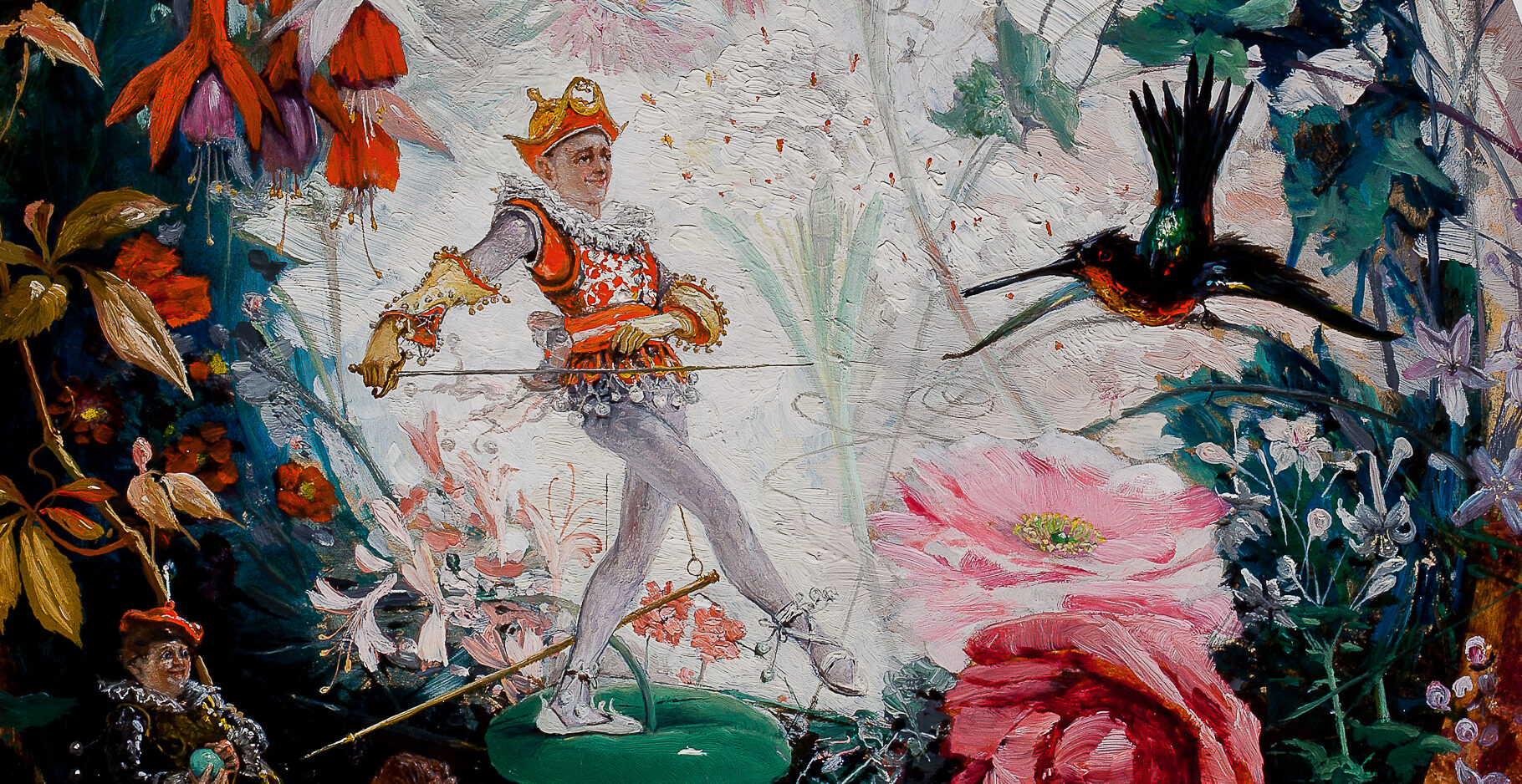 Much of James Farrington Gookin’s fame as an artist rests on his floral still lifes populated with mischievous elves and hummingbirds; his specialty was “decidedly for figure composition and his fancy roves largely aid the fascinating realms of fairyland,” an 1869 article noted 1. Born in Terre Haute, Indiana, the artist is believed to have studied with Cincinnati painters James and William Beard and in Europe between 1870 and 1874. Although he worked in Indiana and operated an art school in Indianapolis, Gookins is most closely associated with Chicago, where he established a studio, taught at the Chicago Academy of Design (forerunner of the School of the Art Institute of Chicago), and became deeply involved with the artistic and literary circles of the city.

A poet as well as a painter, Gookins often selected literary themes for his paintings, and in 1870, he penned a poem titled Fairy Marauders in which he made reference to William Shakespeare’s character Oberon and his troop of fairies from A Midsummer Night’s Dream. Published in The Art Review that year, the verse was accompanied by an engraving after Gookins’ first painting of the same name; Fairy Marauders in the Swope’s Collection, dated 1887, is a later version of the subject. 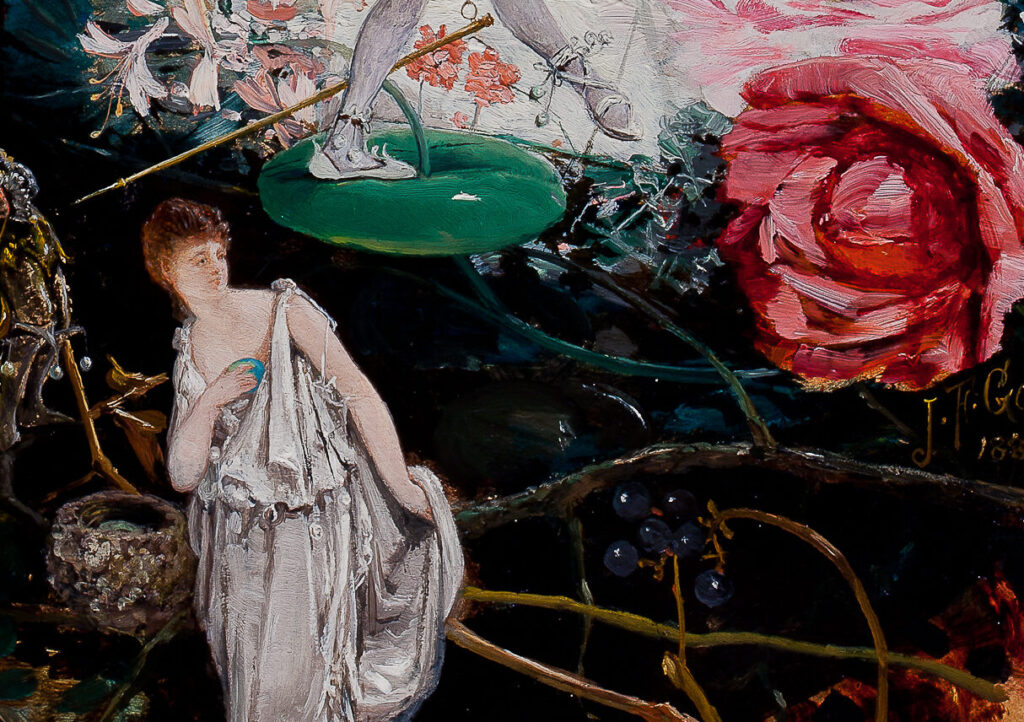 Clearly influenced by Shakespeare, Gookins created a fantasy world in Fairy Marauders, a place in which a tiny fairy stands on a lily pad holding a hummingbird at bay with a small sword, while another elf and a beautiful woman in a white gown, purported to be the artist’s wife Cora Donnelly, steal eggs from the bird’s nest. Gookins was not alone in his depiction of such subjects, as they were quite popular in American and European art of the time, yet as one Terre Haute critic observed, “In this line he is unexcelled in this portion of the land as least.” 2