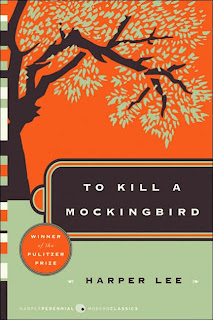 Last week, I reread To Kill a Mockingbird by Harper Lee in order to prepare for the Swope Book Club discussion. We have a book club as part of our First Friday event and select texts related to works of art in the Museum’s collection. Mockingbird was selected because of a special exhibition on view, African American Images and Artists from the Swope Collection which features an interesting painting by John McCrady called, Hush, Somebody’s Calling My Name. McCrady was a Southern Regionalist and drew inspiration from the music and culture of the people around him, the title of his painting comes from a spiritual popular in the late-19th century. 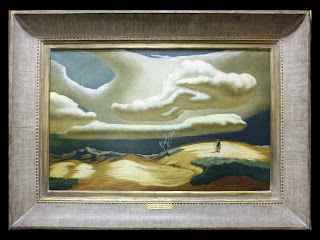 John McCrady, Hush Somebody’s Calling My Name, 1939
Oil and tempera on canvas
Swope Art Museum Collection, 1941.21
We had a great discussion about the painting and the book. Everyone had a lot of insight into the characters and felt very strongly about particular ones, especially Atticus and his role as ‘the grounded, moral center’ of the story. The narrator aside, I appreciated the balance between Calpurnia and Aunt Alexandra the most. Both women were trying to ‘do the right thing’ for Scout, but operating from two very different perspectives with unique motivations.

I continued to think about the book over the weekend and want to see the film again, while the text is still fresh in my mind. One thing I wish we would have discussed is the role of food in the story. It really is an important character in the book, expressing the quailities of Southern life even during an era of depression and need. What the various people eat (or don’t eat in some cases) says as much about them as the delightful descriptions that Lee provides. I almost want to reread the book again, paying closer attention to the food as I go. Perhaps next year. 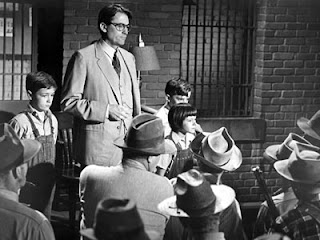 One of the main references to food is of course the Southern favorite, cake. Miss Maudie references her Lane Cake in this quote, ““Soon as I can get my hands clean and when Stephanie Crawford’s not looking, I’ll make him a Lane Cake. That Stephanie’s been after my recipe for thirty years, and if she thinks I’ll give it to her just because I’m staying with her she’s got another thing coming.” Lots of people are protective of their recipes (not me!) and I have heard stories of steps or ingredients being left out of many a ‘shared’ recipe. Crafty.

Epicurious has a recipe for Lane Cake that looks delicious, but must be quite the undertaking.

Next month: Call of the Wild by Jack London

2 thoughts on “Swope Book Club: To Kill A Mockingbird”