Skip to content
Home <Treasures of the Swope<John Ottis Adams 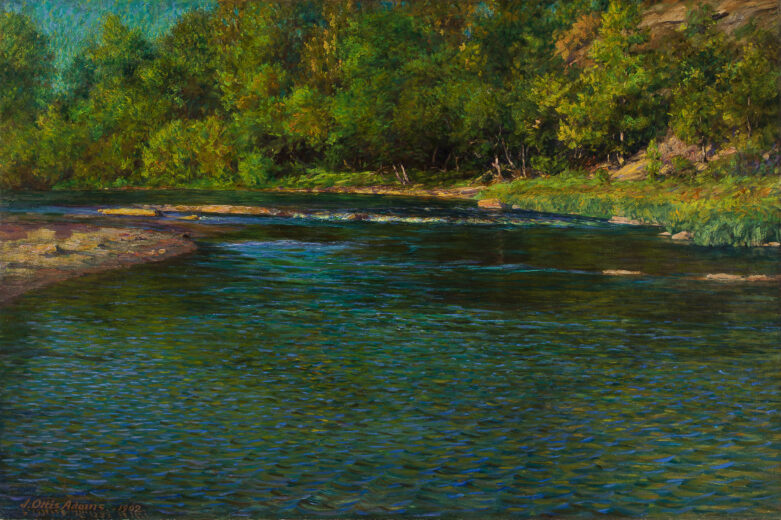 Indiana native John Ottis Adams excelled at capturing on canvas the elusive qualities of light and reflections. Like many of his fellow “Hoosier Group” painters, Adams studied abroad, mainly in Germany, and absorbed the plein air technique practiced by J. Frank Currier, an influential American painter who lived and worked near Munich.

Iridescence of a Shallow Stream was painted in Brooklyn, Morgan County, Indiana. To convey the illusion of light dancing across the surface of the stream, Adams applied pure, unblended tones to the canvas in short brushstrokes.

The painting was as much admired in its own time as it is today. In a 1903 newspaper article, E. K. Woolet of Chicago exclaimed, “Such brightness! Such sparkle! Such light and life! It made a susceptible fellow stand on tiptoe with happiness in the mere looking at it.” The work also garnered enthusiastic critical acclaim and won a bronze medal at the St. Louis World’s Fair of 1904.

This work was recently featured in a Tribune-Star article by Mike Lunsford.